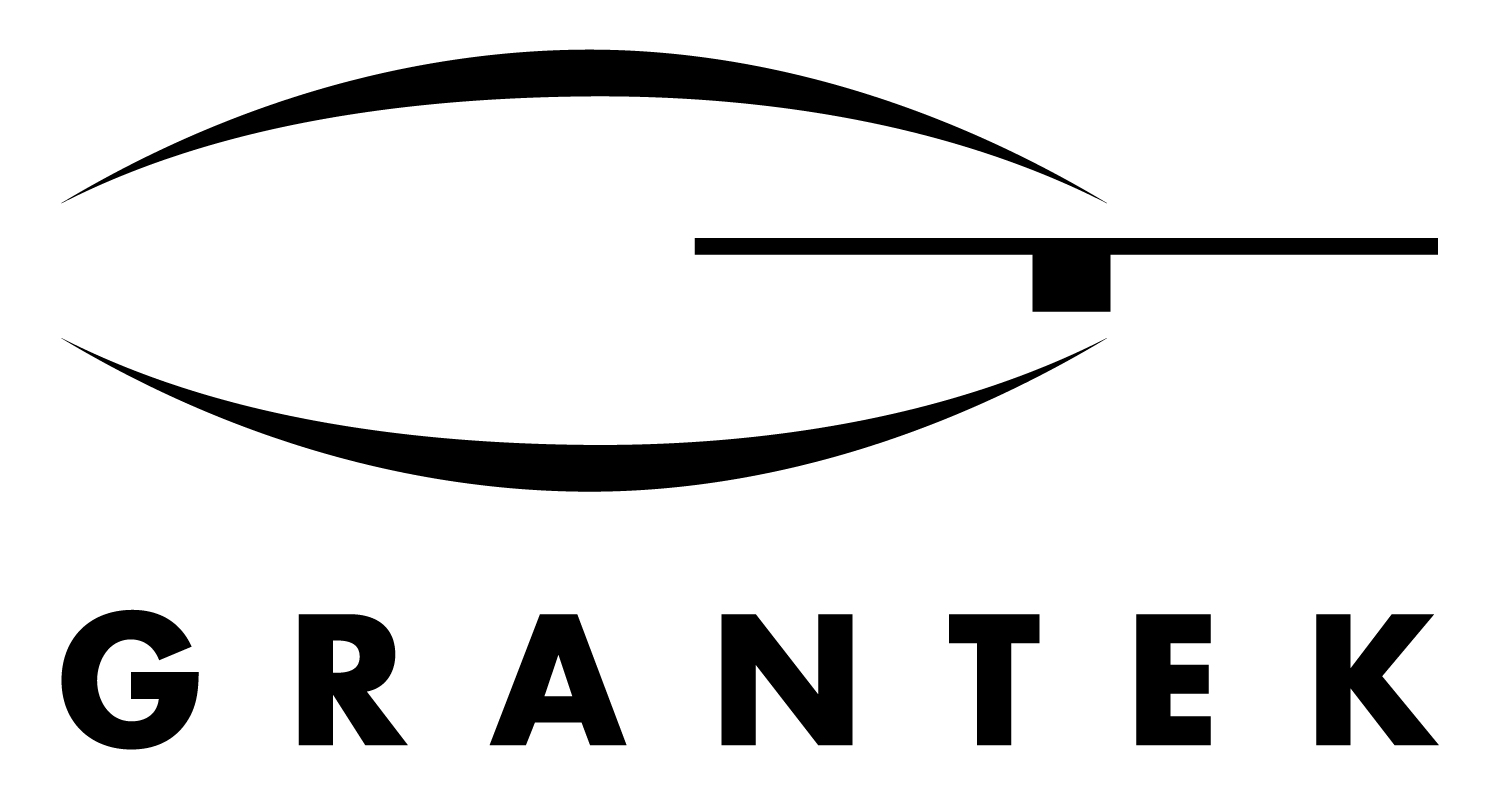 For over 40 years, top manufacturers in Food & Bev, CPG and Pharma have called upon Grantek to take on their most complex business and manufacturing challenges. Grantek is a system integrator and solution provider with a specialization in Smart Manufacturing solutions, Manufacturing Automation solutions, Industrial IT/Cybersecurity solutions and Manufacturing Consulting services. Since 1980, Grantek has been enabling higher return on investment to our clients by creating better processes and solutions for them, including packaging solutions, control systems design, MES implementation, electrical design, and more. With over 200 employees, Grantek has offices located in British Columbia, California, Illinois, Massachusetts, Pennsylvania, Ohio, Florida, Ontario and Quebec.


Solution:
The Track and Trace module was integrated into their existing Ignition platform to automatically collect the detailed material input and output information from each process line to be transmitted to the new ERP. New interfaces were developed to allow operators to interact with Ignition to introduce lot information during raw material receipt and material transfer between tanks.
Five process lines were incorporated into the Track and Trace solution, each having their own PLC devices. The existing Ignition SCADA application was also leveraged for traceability related information. The existing Ignition client architecture was maintained at the facility to be leveraged for use in interacting with the additional screens and pop-ups. The main control room Ignition client setup was where the main access to the traceability information was performed.
Bin movements and Production Output and Consumption were the main ERP transactions developed for to allow collected information from the automation process to be provided to ERP. Numerous workflows of material tracking throughout the facility were documented for both the Oils facility and the two Grains facilities.
Solution architecture was a single virtual machine with Ignition and a SQL database setup for the MES table schema. Development was performed in a development environment before being migrated to the production environment.
All the core traceability reporting was provided and training performed.
All of the PLC tags for traceability were investigated, mapped out, and configured in the final solution.
Architecture involved a central virtual machine for Ignition and the associated SQL database to be connected to by distributed full clients at key locations across the facility.


Results:
Due to changes with how the ERP solution was implemented by another vendor the Track and Trace solution was reduced to the automatic data collection and reporting of the material information at each process line. This solution was successfully tested with the customer across the available process lines, demonstrating the designed and implemented traceability functionality. Due to restrictions with interacting with the new ERP solution the final results were decided to no longer be transmitted directly to the ERP solution and would remain solely in Ignition for review.
Show more

Grantek worked with the customer to help them determine their core criteria for success with their future MES solution. With this information, Grantek then took on the challenge of designing and deploying the desired solution using the new OEE 2.0 module during the early Beta testing phase of the module.
With the commitment to success of Grantek’s development team, Grantek was able to learn and provide feedback to Sepasoft on the status of the new features in the OEE 2.0 module, while deploying a scalable solution for the customer.

The pilot solution has become the baseline to be used for all future OEE deployments. The final solution aligned with the customer’s existing production workflow and incorporated scheduling and changeover target management automatically, based on existing procedures by the operators. Interest in continuing to expand the pilot’s capabilities grows as more and more departments, such maintenance, production, and engineering, become engaged with the solution.
Show more

Grantek worked with the customer to help determine what functionality needed to be migrated from the old system, as well as pointed out areas of improvement could be made during the upgrade. During the design phase Grantek leveraged Sepasoft built-in components and API scripting to build the desired product for the customer. Sepasoft’s built in Recipe Changelog component also allowed Grantek to add new functionality to the system that the customer previously didn’t have. Overall, Grantek was able to design a system that covered all functional requirements and then some, while also improving user experience.
Show more

Grantek worked closely with the customer to create a successful roadmap for their quality solution and larger MES platform requirements. Using this, Grantek leveraged the Sepasoft SPC module and extended its functionality to go above and beyond to deliver a successful solution.

The solution drastically increased the visibility and traceability of product quality while providing real time alerting of process variable deviation, through SPC, to preempt quality issues. This provided 8 operators with a digital interface to conduct their quality tests, 3 process engineers greater transparency of their process parameters, and 2 managers with clearer insight to their line quality.
The success of this project has led to further roll-outs of this solution to a second facility and is in consideration for additional sites.
Show more

Problem:
The client, a global product developer and manufacturer specializing in food ingredients, was experiencing data integrity challenges between plant floor operators and their ERP system due to processes and procedures that relied on hand-recorded data. This process saw data being recorded into notebooks from the HMI, transferred from notebooks to Excel spreadsheets, and finally updated into their ERP system. This time-consuming process also created discrepancies between what physically occurred and what is represented in the ERP system.
This process contributed to incorrect resource consumption data, as it relied heavily on the operators to collect all information about which ingredient was used. Aborted batches and scrap product were often not accounted for. The process also prevented operators from making timely decisions based on ERP-level data, such as what bulk material deliveries needed to be prioritized.

Solution:
The client had a diverse set of business requirements that included data integrity compliance, ERP integration, resource tracking, and the development of a unified SCADA solution. Grantek utilized its collaborative Road Mapping process to work with the client to gather all of the requirements for a future-state system while also scoping out a limited initial engagement. This ensured that decisions on the current project were in alignment with and did not hinder the ultimate goal of bringing the plant to a fully paperless system. The combination of all these requirements led to Grantek’s recommendation of Inductive Automation’s Ignition platform combined with Sepasoft’s MES platform.
Using Sepasoft’s Track and Trace Module, Grantek was able to implement resource tracking for process operations, which involved pulling resources from numerous intermediary bins. This system also enforced data integrity from the physical scales up through the MES system; PLC-collected scale data was fed into the MES system automatically and sent to the ERP after completion of a batch.
The Recipe Solution was designed by Grantek to implement customer-specific requirements and included a self-managed database deployment. Each work order collected from the ERP system would dictate its own recipe and parameter values. This flexible solution allowed the parameter values to be changed, added, or removed between production executions.
Grantek deployed hierarchical navigation templates that minimize distraction by identifying screens that have active alarms or otherwise require operator intervention. Particularly on large SCADA systems with multiple PLCs, this leads to faster decision making by enabling operators to quickly focus on areas that require their attention, while reducing time spent switching through multiple screens to find the source of a problem.
ERP integration was implemented by Grantek using the B2MML standard as an intermediate data representation. This allowed production requests and recipes from the ERP system to be automatically loaded into the MES system, for easy selection by operators. Once a production request was completed (either successfully or aborted by the operator) the resource information would be collected for production execution and sent back to the ERP system, ensuring that data integrity was maintained between the MES system and ERP system.

Results:
Grantek’s solution, utilizing Inductive Automation’s Ignition platform combined with Sepasoft’s MES software suite, successfully achieved the client’s data integrity requirements. The client’s ERP system is now integrated and is more representative of the state of raw resources within the facility. This solution also improved productivity by simplifying and optimizing the operator experience, while also eliminating the need to hand-record data. This solution also provided the client with the unanticipated benefit of a highly granular traceability framework for data collection that will make full-plant traceability possible during future hardware upgrades. This will greatly improve the overall strength of their traceability capabilities.

In addition to the simultaneous SCADA and MES implementation, the project included significant upgrades to the PLC control system, network infrastructure, and virtual infrastructure. Three Allen Bradley PLC5s were replaced by three Siemens S7 PLCs. Grantek installed and commissioned a network, installing the first Controls communication network for the site. This included the installation of a network hub as well as three Intermediate Distribution Frames (IDFs). Cisco HyperFlex virtual infrastructure was also installed and commissioned by Grantek to support the Ignition server and clients.
Adding to the complexity of the deployment, installations had to occur over weekends. The Network and virtual infrastructure were installed without downtime of the production process. However, the PLC upgrades could only occur during scheduled downtime over weekends. The existing PLCs were all interlinked over AB Data Highway messaging. Due to this nature and how the MES system needed to interact with all three PLCs, it made the most sense to try to convert all three systems and install the SCADA at the same time. Executing this took a period of four weekends. On each weekend, we reached specific testing goals with the installed system before rolling back changes. This was done by switching between PLC5 DH+ communication cards and the existing PLC5 cards and re-wiring the network to switch control of the IO between the PLC5 processors and Siemens processors. After the scheduled tests were complete, the original PLC5 processor and network configuration were restored. After weekend testing proved to be successful, the system was left in to be run during production.

Grantek worked with the customer to help them determine their core criteria for success with their future MES solution. After this was defined, Grantek and the customer designed and deployed the desired solution using the OEE 2.0 modules.

The solution has become the baseline to be used for all future OEE deployments at their other facilities. The final solution aligned with the customer’s existing production workflow and incorporated downtime tracking, changeover tracking and scheduling without hindering existing workflow. Interest in the solution is growing, with plans to expand and add on a material tracking and management system to run in parallel with the OEE solution.
Show more